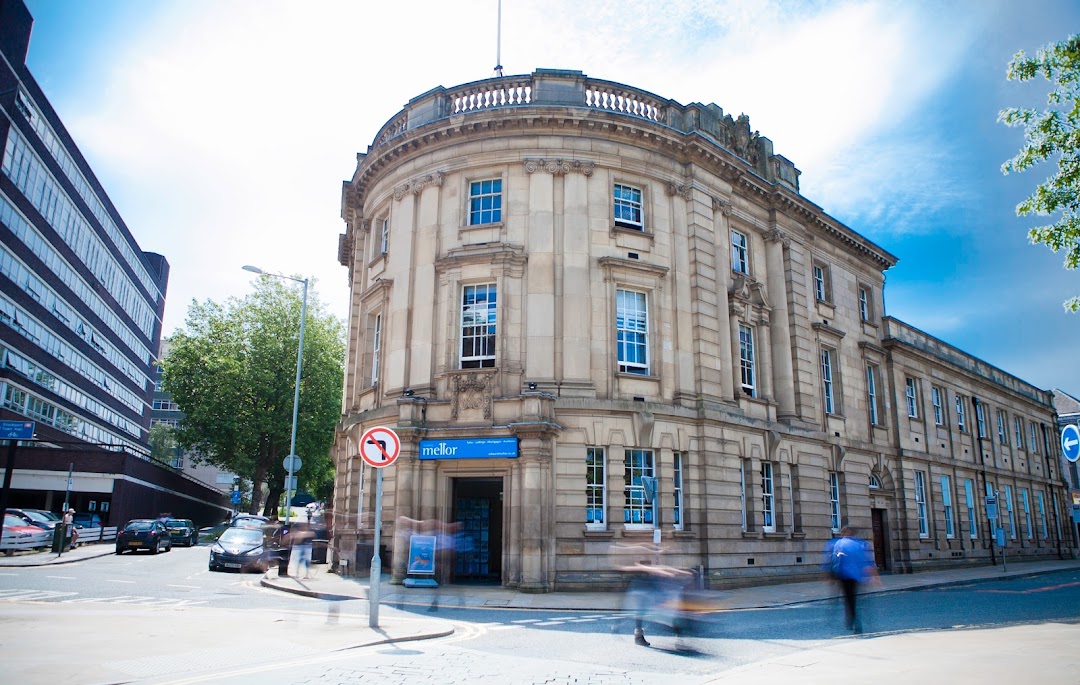 I think Iain Prideaux does his best but unfortunately my overall experience with Edward Mellor is not a positive one. They recommended JMW solicitors to oversee the conveyancing and It can honestly say I have never encountered such incompetence from a so called professional businessman in my entire life. There is also no help or guidance from Edward Mellor once a sale has been agreed - theres supposed to be a sales progression manager assigned to each property sale but I never actually heard from mine!

Ive had a brilliant experience buying my first property through Edward Mellor Stockport. In particular Sophie Reti who has overseen the buying process and was always available for any questions I had. I cant recommend Sophie and the team enough.

Sold my house through Edward Mellor, got a great price and fantastic service all round 10/10

Excellent customer service. Everyone I have spoken to or seen in person couldn’t do enough to help with my selling and purchasing of property. Thoroughly recommend them

We can not praise the Edward Mellor Auctions team highly enough especially Louise and Austin. The information given was clear and informative. They are very professional and supportive giving guidance when needed.

Thanks for the fantastic service we received from you regarding the sale of our property. The Edward Mellor team were very positive and helpful. Your friendliness and guidance throughout the whole selling process was outstanding which made our sale run very smoothly and quick. We have no hesitation in using or recommending Edward Mellor for selling at auction.

Liked the way they sold one of my most difficult properties, the charges ware higher than normal but end of the day it’s the personal efforts they put. Don’t mind paying extra as long as mission gets accomplished with honesty and transparency. Thanks

A quick sale of our home. Would not have gone with any other estate agents. Excellent.

The only advise i can give you is go somewhere else. be aware using this estate agent youll end up paying made up fees, coming out of nowhere extra money. always trying to rip you off. worst experience of tenancy ever. multiple times had to wait weeks(exactly weeks not days) for easy repairs like shower not working or leaking rooftop. even done some job to make the house look decent their way to say thank you was increasing the rent.i wouldnt even recommend this company to my worst enemy.

Up to now had a good experience in selling house

I had booked a view with this agency. After 5 minutes waiting for agent/landlord, who gonna show me the property Ive called an agency to confirm, if everything is fine. I was told that there is a bad traffic and I should wait just for couple minutes more. I was waiting more than an hour and nobody arrive, nobody call me back or answered my calls.

Unfortunately no options available to leave minus stars as mentioned by someone else already here. No service, No manners, No support from eDWARD mELLOR team. Just curious how this Clowns run and survive so horrible service this days? Cant get it in my head.Especially advice for buyers to stay away from auction team. Waisted lots of time.

Absolutely DISGUSTING service. Staff are rude, arrogant, think theyve put you on hold and then slag you off!NEVER use these wasters.Rented us a house with asbestos!Riddled with silverfish.Bath taps didnt work, boiler broke, no heating, shower was a joke... Only took them 6 months to get it fixed, whilst ripping off the landlord in the process.All the works are carried out by the staffs friends and family obviously back handers so rip landlords off as well as tennents!Spent a lot of money on the property as was promised a long term let... Once we had the place looking fab, they wanted us out!They lie about getting in touch with landlords.And lied to the Deposit holding scheme stateing we owed rent... When we didnt! So THEY kept our deposit.Greedy and unprofessional. AVOID!!!!!My Mother had tonnes of issues when buying her house through these too.

We had a terrible experience with edward mellor. We found the staff very rude and unhelpful and we felt they never listened to any of our concerns about the property. We moved out of the property 6 months ago and still waiting to get our deposit back. AVOID EDWARD MELLOR ESTATE AGENTS AT ALL COSTS as they try to rip you off wherever possible and lie about cleaning the property before you move in. When we moved in the house was very dirty. Would never rent with them again, it was very disappointing

Thank you to Lewis and Rob from the Edgeley branch, for being so efficient. They hit the ground running and provided an excellent service for the sale of my late mothers property.

I found my experience with Edward Mellor a very pleasant one.

Because there is no manner to write my experience with mellor, this will do!!! i want everyone to now this. i made an agreement and paid my fee. called the office a week later (before i was advised it would take 10days, i assumed 2 weeks)i was told the person dealing with my case had been on holidays and had returned but not to worry someone was handling it (i found it to be a lie) and advised i would be called back with updates. No call back, no updates..thusday i rand, no one picked up, friday i called, no answer, i left a message. saturday i called, no reply.. tuesday then i rang (monday hoping for a call), by someone even from the wrong department (i kept being given different numbers to ring) and the young gentlemen who did answer helped me to find out what was happening. I was then informed that the house had been taken of the market, the week before (wednesday) and i asked why i wasnt informed.. no possible answer to that. I was refunded my fee straight away, but no one dealt with the case. they broke their contract through misconduct and not only that, i was left HOMELESS because i had given my notice.. its been 2MONTH nearly and these people still don’t call or care. nothing... THIS IS MELLOR FOR YOU!! they are incompetent and reckless. DO NOT ENGAGE IN ANY AGREEMENTS WITH THIS AGENCY, THEY WONT DO THE JOB. THIS IS MY EXPERIENCE AND MY ADVISE.if i could give minus stars, i would..

Had the displeasure of renting a property from this company. If an absolute ridiculous admin fee isn’t enough to put you off, perhaps the fact that they do everything within their power to squeeze every last penny of your deposit might do!

Edward Mellor was extremely helpful throughout the entire experience.

Absolutely terrible experience again sold house with them last year was unsatisfied bought house this year through them got same guy David sidebottom gave him benefit of doubt still crap rude and blames everything on everyone else. Go elsewhere

Nothing positive to say about them.....they are rude, no customer service manners, dont stick to what supposed to be legally binding contracts...and they certainly do NOT look after you if you are renting......my advice is to STAY AWAY FROM THEM....AVOID THEM AT ALL COSTS....

Edward Mellor have been amazing help!

Charging fees for a landlords reference is disgraceful